MHMK has a highly experienced team with an established track record of investing in Sub-Saharan Africa. 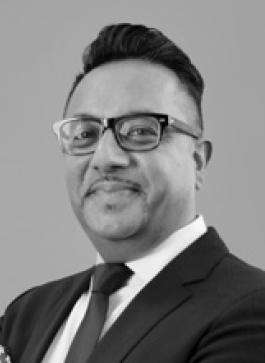 Preetam holds a BSc in Business Administration from the University of Buckingham (U.K) and a Masters in Business Administration from the University of Leicester (U.K). From June 1994 to April 1999 he was the Manager of Mauritius Offshore Business Activities Authority (MOBAA), the regulatory and supervisory Authority of the global business sector. He initially worked in the licensing and supervision unit before being given the responsibility of the Marketing Unit where his main responsibility was to promote the global business sector internationally. From May 1999 to December 2000, he was appointed as General Manager of SIC Management Services, a subsidiary of the State Investment Corporation, the investment arm of the Government of Mauritius. From January 2001 to June 2015 he worked as Manager of the Financial Services Promotion Agency, a parastatal body set up under the Financial Services Act whose purpose was to promote the financial services sector. Thereafter he was appointed as the Chief Executive Officer of Alliance Trust Company (Mauritius) Limited, a licensed Management Company before joining BTCS in 2006. For the past 10 years, Preetam has had hands on experience in company and trust administration and has successfully been running the operations of Imara Trust Company (Mauritius) Limited. Preetam is a member of the Society of Trust & Estate Practitioners (STEP) 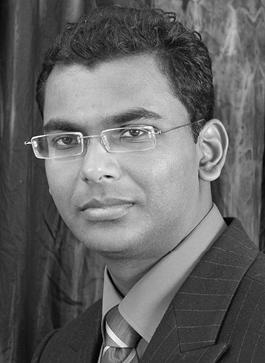 Kiran is the Chief Operating Officer of Imara Trust Company (Mauritius) Limited (“Imara Trust”) since 2010. He joined Imara Trust in 2008, and previously was a senior administrator with another respected Management Company where he led a team administering Collective Investment Scheme, private equity companies and other global business companies having aggregate assets under management of over US$ 2.5 billion. Kiran has over 16 years’ experience during which he gained extensive technical experience in structuring, company and funds administration, secretarial, accounting, tax planning and trust administration and currently sits on a number of Boards including subsidiaries of Imara Trust.  Kiran is a member of the Mauritius Institute of Directors (MIoD), the Mauritius Institute of Professional Accountants (MIPA), The Chartered Institute of Management Accountants (CIMA), The Chartered Institute of Securities & Investments (CISI), The Chartered Management Institute (CMI) and The Society of Trust & Estate Practitioners (STEP). Kiran is also a Chartered Global Management Accountant (CGMA) and holds a BSc (Hons) in Management with specialisation in Accounting and Finance. 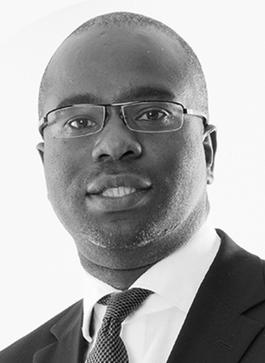 Mr George Manyere (Zimbabwean) is the Founder and CEO of MHMK Group. He also founded Brainworks in 2008 and was its Group CEO from formation until 1 February 2017. During his leadership, Brainworks grew to be recognised as a leading investment and corporate advisory company, with a strong presence in the following sectors in Zimbabwe: i) financial services; (ii) life insurance; (iii) hotel operations; (iv) real estate; (v) transport logistics; and (vi) advisory services. From its formation and up to the time when Mr Manyere stepped down as Group CEO, Brainworks grew exponentially in all key metrics, and notably the following: (i) 1,200 total staff employees; (ii) revenues of US$48.2 million; (iii) total shareholders’ funds of US$65.4 million; and (iv) total assets of US$162.8 million; (v) acquired and controlled 2 listed companies on the Zimbabwe Stock Exchange (African Sun Limited and Dawn Properties Limited); (vi) listed a start-up on the Zimbabwe Stock Exchange, namely GetBucks Financial Services Limited, which grew to be the leading consumer lender in Zimbabwe; and (vii) successfully closed on approximately US$500 million in corporate advisory deals comprising of both debt and equity.

Mr Manyere was previously an investment professional with the International Finance Corporation (IFC), headquartered in Washington DC. While at IFC, he was responsible for investing in excess of US$600 million in sub-Saharan Africa, managing a portfolio of investments in excess of US$400 million, and he also represented IFC on several investee company boards. Mr Manyere trained as a Chartered Accountant with KPMG in Zimbabwe, and holds a Bachelor and Honours degree in Accounting Science from the University of South Africa, as well as a Certificate in Theory of Accounting from the Institute of Chartered Accountants Zimbabwe. 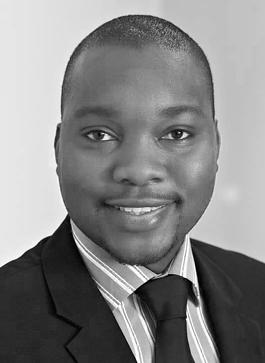 Paul is a Chartered Accountant (Zimbabwe) and holds a Bachelor of Accounting Science from University of South Africa and a Master in Business Administration from University of Cape Town Graduate School of Business. Paul is a finance and business development professional who has over a decade experience in finance, Private Equity and Venture Capital in East and Southern Africa.

His career started out with Ernst & Young in Zimbabwe. He subsequently held various managerial posts in Zimbabwe. He served as a Director of the Africa operations team of German Stock Exchange Listed African Development Corporation for over 6 years before joining Millicom’s first Technology Accelerator in Africa, T(h)ink as its General Manager. He has previously held various board memberships including Resolution Health East Africa and Iveri Payment Systems (South Africa).

He successfully converted GetBucks Zimbabwe from a Microlender to a Microfinance Bank, Listed ADC Africa Development Corporation in Frankfurt and GetBucks Microfinance Bank (ZSE) on stock exchanges and raised millions in capital from banks and DFI’s including launching the first listed bond in Zimbabwe in over two decades. He has wide industry experience that includes Financial Services and Electronic Payment Systems. 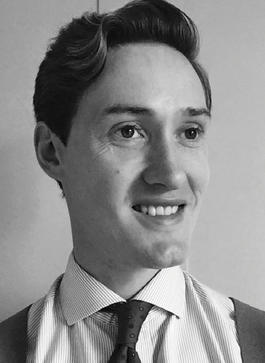 Mr Julian Thatcher (British) is the General Counsel and Business Development and Advisory Partner at MHMK.
After starting his career in sales and marketing at a Fortune 500 company, Julian qualified as a corporate lawyer and spent over 7 years with Macfarlanes LLP, one of the City of London's leading law firms, where he was deputy head of the firm's Africa practice. During his time at Macfarlanes LLP, Julian advised on transactions in a range of Western and African countries across a range of sectors (including financial services, energy, real estate, infrastructure, agriculture, pharmaceuticals, telecommunications and sports).
Julian spent a year with Canaccord Genuity, the investment bank, was an investor appointed representative to the board of Brainworks Capital, the JSE listed private equity holding company and spent time as head of Business Development at Scipion Capital in London.
Julian has been involved in multiple fundraisings and worked with multiple start-ups and continues to advise, as an independent consultant, a group of clients on commercial, legal and fundraising matters across multiple sectors.
Julian is fluent in French and graduated with an honours degree from the University of Bristol in England, and thereafter received a distinction for his post-graduate studies at law school in London. 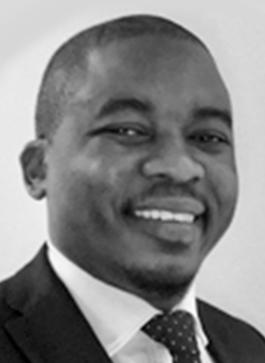 Mr Yeukai Gavaza (Zimbabwean) is Head of Investments of MHMK Group. He has over 11 years of investment experience, focusing primarily on sub-Saharan African markets. This is spread across a range of sectors, including the financial services, mining, telecommunications, industrial and FCMG sectors. His working career has encompassed asset management, private equity and sell-side research.

Prior to joining MHMK Group, Mr Gavaza was a top-rated analyst at Investec Bank South Africa, covering the SSA financial services sector. He held a similar role at African Alliance, where he was top-rated in the 2014 Euromoney Africa Analyst survey and 2015 Financial Mail (FM) Analyst survey. He has extensively covered  top banking firms in all key African markets such as Nigeria and Kenya.

Previously, Mr Gavaza had also worked at a pan-African focused hedge fund based in Johannesburg South Africa. There he co-managed a hybrid investment portfolio, investing in both quoted and private equity opportunities in all key African markets.

Mr Gavaza started his working career as an Investment Analyst with a Zimbabwean-based asset management firm, conducting research on all listed equity investments on the Zimbabwean Stock Exchange. He holds a B Com Hons in Actuarial Science and is a certified Financial Risk Manager (FRM). 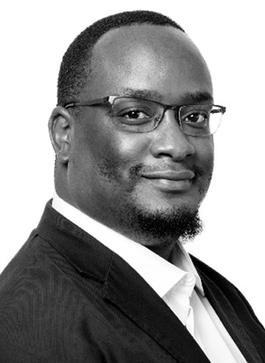 Mr Ranga Mtungwazi is Head of Business Development and Government Relations at MHMK Group. With a passion for investment and strong interpersonal skills, Mr Mtungwazi's 13 years working experience within the financial services industry spans both the broking, and the asset management sectors. Prior to his current engagement, Mr Mtungwazi was seconded to the Zimbabwean unit of Atria Africa as a Business Development Manager. Atria is a respected emerging market financial advisor and fund manager specializing in Africa. Its focus is predominantly on fund management, corporate and investment advisory, as well as private equity and investment holdings. Within this operational environment, he was primarily responsible for crafting business strategy, particularly related to client engagement, acquisition and retention. During a previous working stint as a Senior Dealer responsible for Sales and Execution at ABC Stockbrokers, Mr Mtungwazi made history when he managed to handle two of the single largest equity trades in the history of the Zimbabwe Stock Market. These were the $20 million Seedco (2014) and $40 million ABC/Atlas Mara (2015) block trades. This was in addition to his ongoing handling of significant equity trades.

Mr Mtungwazi launched his professional career in 2005 when he joined EFE securities in 2005 as a intern, and rose to become the Chief Dealer and Head of Sales and Execution in 2010. As head of Sales and Execution, he executed numerous significant trades on the ZSE. Mr Mtungwazi subsequently qualified and was licensed as a Stockbroker and Member of the Zimbabwe Stock Exchange in 2012. He is the holder of a Diploma in Financial Management (ACCA), B Sc. Political Science (University of Zimbabwe), Certificate in Investment and Portfolio Management (University of Zimbabwe), and is a member of the South African Institute of Financial Markets (SAIFM). 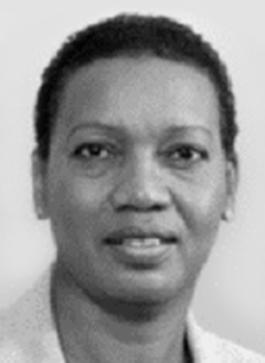 Ms Dudu Garekwe (Motswana) is a Non Executive Directior of MHMK Group. She has a wealth of experience in development finance, commercial and investment banking services, at senior and executive management positions, and has worked in Botswana, as well as internationally in The Gambia, Zimbabwe, and short assignments in India and England. Ms Garekwe headed Listing and Trading functions of Botswana Stock Exchange before joining Norsad Finance Ltd, (an impact investor with a focus on the SADC region), as Investment Principal.

Ms Garekwe has served on the boards of various institutions in Botswana, either as a member of the main board or a member of board committees – Botswana Post, PEEPA, Botswana Tourism Organisation, CEDA, to mention but a few. 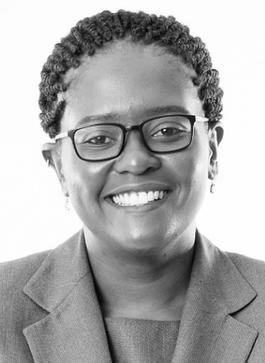 Ms Rufaro Sekeso (Zimbabwean) is the Director of Portfolio Management and Operations of MHMK Group. Ms Sekeso is a financial services professional with experience in private equity and investment, and corporate banking gained in Zimbabwe, the United Kingdom and Australia. Prior to joining MHMK, Ms Sekeso was the Group Head of Projects at Brainworks Capital, a Johannesburg Stock Exchange listed investment and corporate advisory company focused on Zimbabwe. At Brainworks, Ms Sekeso was responsible for all aspects of projects undertaken by Brainworks and its investee companies.

Ms Sekeso has previously worked for various financial institutions in London, including the Royal Bank of Scotland where she was a Senior Consultant, and at Gatehouse Bank, a Sharia compliant investment bank as AVP - Credit and Market Risk.

Ms Sekeso began her career in Australia as an insolvency professional and worked for the Australian Government before moving to PPB Advisory, a specialist corporate restructuring firm, where she was worked on a number of large scale voluntary administrations, insolvencies and receiverships.